As we seek to provide leading edge services that create opportunities for people with developmental disabilities, our dedicated senior management team brings a vast and valuable collection of experience to our efforts. From information technology to recreational services, and from supported living services to community relations, these individuals provide guidance and direction that is essential to our successful, meaningful, and sustained operations.

Deb has worked for DDRC since 1983 and served in several positions prior to becoming Residential Director including Residential Counselor, House Manager, Program Manager and Assistant Director. She has dedicated her career to supporting persons with developmental disabilities since 1979. While obtaining a Bachelor of Science degree in Social Work from West Virginia State College, Deb worked at Shawnee Hills Regional Center's day program for children with developmental disabilities during the day and in one of their adult group homes on weekends.

In addition to her work in the field of developmental disabilities, Deb is the co-founder and Vice president of Orlando's Way, a housing program for individuals living with HIV/AIDS.

Deb is also a very talented artist and has produced incredible works of art in stain glass.

Kelly started working at DDRC in 2000. She has held several positions including Resource Coordinator, Resource Manager, Assistant Director of Resource Coordination, and Admissions Manager. Kelly has a bachelor’s degree in accounting and a master’s in business administration. Kelly started her devotion to DDRC and the people we support as a volunteer with the Recreation Department when she was a young kid. She has coached many Special Olympic sports and played as a Unified Sports Partner on DDRC Unified volleyball teams. As a senior in high school Kelly was part of the Special Olympics State Games Management Team and was honored as the local Special Olympics volunteer of the year. Kelly has maintained her passion for community recreational opportunities for people with disabilities, and now co-manages the Unified Sports Leagues for the City of Lakewood.

Terri was hired by DDRC in 1981 as a Recreation Specialist. In 2010 Terri became the Recreation Manager, after the retirement of Howard Murray. Terri has a degree in Therapeutic Recreation and Minors in psychology and counseling. She also holds Certification through the National Council for Therapeutic Recreation Society. Additional certifications and trainings include Basic Water Safety Instructor, Colorado Pool Operator, CPR/First Aid instructor, Investigator, and fluent in American Sign Language. Terri developed and implemented a basic sign language class for DDRC in the early 90's.

Throughout her career she has received a variety of awards and recognition. Inducted into the Colorado Special Olympics Hall of Fames as Coach of the Year, Two Dynamo awards from DDRC, The Charlie Alison Award, Outstanding accomplishment award through City of Lakewood, Youth Group Volunteer of the year award from the Wheat Ridge Regional center which also included a 2 year scholarship. At the age of 12 Terri became a volunteer at the Wheat ridge Regional Center which introduced her to the field of Therapeutic Recreation and serving individuals with developmental disabilities. Over the years Terri has made volunteering an important part of her life and presently is a volunteer at Long Hopes Donkey Shelter in Bennett CO., where they rehabilitate abused and neglected donkeys and find them new and safe homes.

Susan Johnson has worked for DDRC since 1981. She has held several positions in the agency including Residential Counselor, Adult Resource Coordinator, Family Support Services Manager and now Children and Family Services Director. Susan has served on numerous state and local committees and task forces including the Governor's Office Part C Transition Advisory Committee, the Footnote 89 Families Most In Need Task Force, and the CACCB/Alliance Children and Family Services Committee. She is currently Chair of the Triad Early Childhood Council, and is a member of the Jefferson County House Bill 1451 Collaborative Management- Design and Implementation Committee. Susan has a Bachelor's degree in Sociology and Secondary Education from the University of Colorado, Boulder, and a Master's degree in Clinical Psychology from the University of Colorado, Denver.

Susan was acknowledged as an Outstanding Case Management Provider by the Columbine Chapter of the National Association for the Dually Diagnosed. She received a Triad Early Childhood Council Children's Champion Award in 2009 and the prestigious Charlie Allison Advocacy Award in 2010. 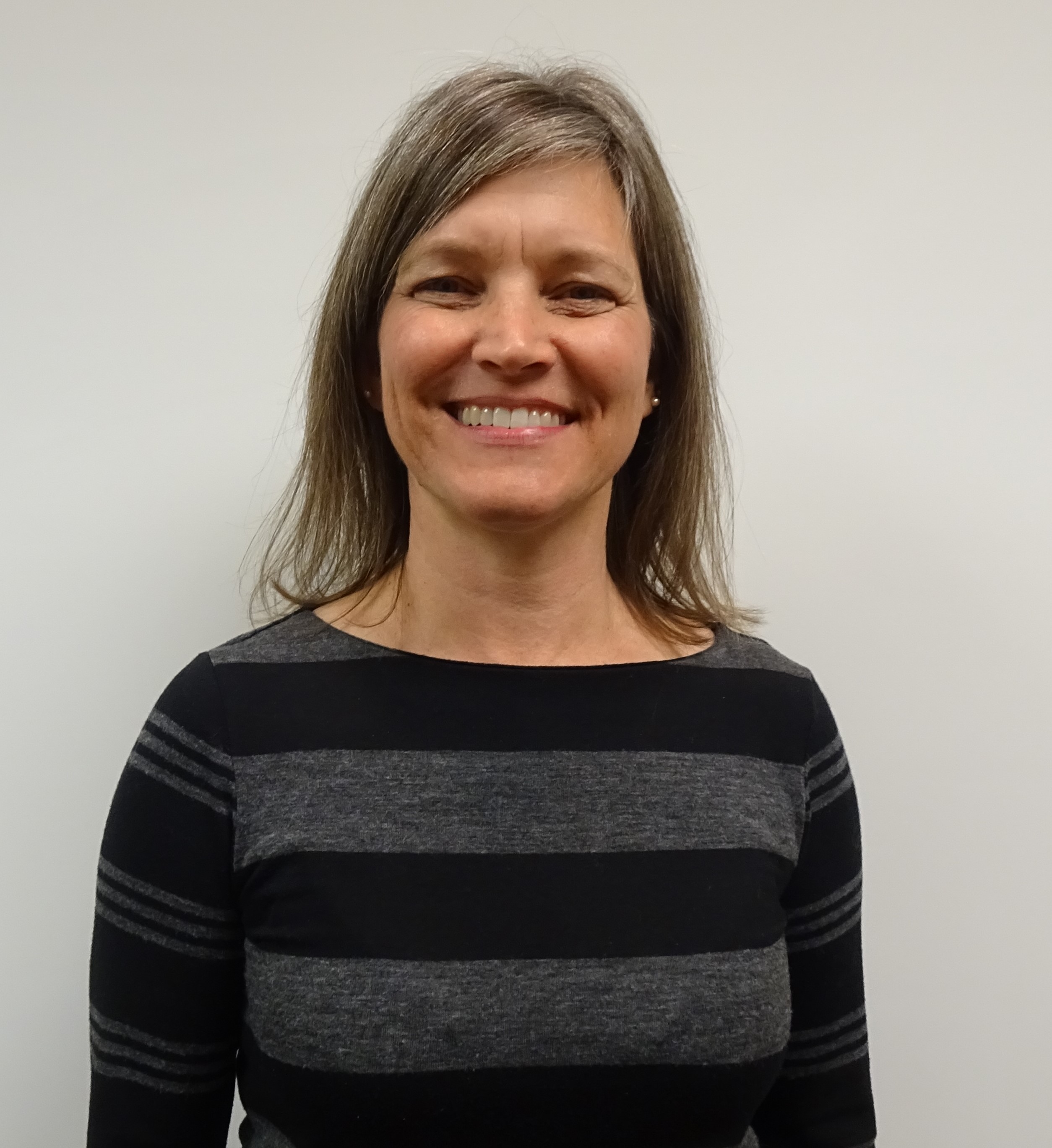 Micki has been the Director of Early Intervention for DDRC since August 2019. She started at DDRC in 2010 as a physical therapist on the Early Intervention Team and transitioned into the role of Assistant Director for that program in 2013, before being promoted to her current position. Micki has been practicing as an early intervention provider for more than 20 years, and is truly passionate about working alongside children in this age range, and their families. She also recognizes the incredible value of ensuring the focus for those who work closely with children and families is not only on the ongoing growth & development of their skills for providing this support, but also emphasizes recognizing, preventing and healing secondary trauma that may occur as a professional working in that field.

Michele joined DDRC in 2018 as the Director of Community Relations, bringing 20 years of experience in community relations, communications and cause-marketing while working with government, businesses and nonprofits.

Before coming to DDRC, Michele led public relations for projects that improved community infrastructure, the environment and quality of life, working with CH2M, a project management and engineering firm. She co-led a CH2M corporate community engagement program that encouraged children-of-color and girls to pursue STEM careers. She also worked with B:CIVIC, a nonprofit focused on business social responsibility and with the Regional Air Quality Council.

Dorothy Nwoke joined DDRC on June 21, 2021, from Médecins San Frontiers (MSF)/Doctors Without Borders. She will be responsible for the day-to-day accounting operation.

She started her career with Mutual of Omaha Insurance companies as an Accounting Analyst. She relocated to Colorado, where she worked for Texaco Exploration and Production, Inc. for eight years. She held several positions with Texaco, and her last position held before Chevron purchased Texaco was Accounting Supervisor. When Texaco closed its office in Denver, she started a recruiting company for nurses. Subsequently, she was certified by the state of Colorado to provide Personal Care, Homemaker, and Transportation services. After running the company for several years, she then joined Médecins San Frontiers (MSF)/Doctors Without Borders as a Project Finance Manager.

Dorothy is married to Chris, and they have a daughter (Chichi) and a son (Chris Jr.). They enjoy traveling, biking, walking, and listening to varieties of music. Dorothy enjoys and passionate about helping the needy. She has done volunteer work both National and International. 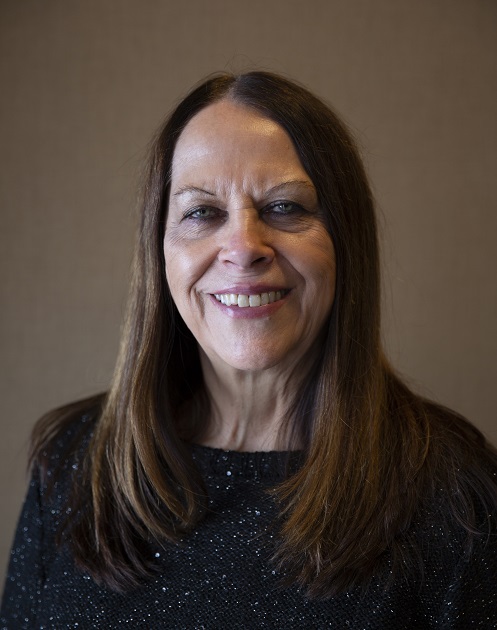 Jeanne began her career working in the field of developmental disabilities in 1986 with Jefferson County schools transporting children with special needs. She came to work at DDRC in 1991 and during her tenure at DDRC has worked as a residential counselor in the Quality Living Options, the nursing assistant, Program Manager, Team Leader and Assistant Director prior to becoming the Director for Group Settings in 2013. She also worked with the Jefferson County Sheriff Department Victim Services as an advocate. Her education is in Criminal Justice with an emphasis in Victim Advocacy. She has completed much additional training which includes Victim Advocacy Training with the Colorado State Patrol and Citizen Academy with Jefferson County Sheriff Department. She has taken advantage of the many educational opportunities offered at DDRC and has developed a special knack for working with individual with behavioral problems. Most recently she was trained in person centered thinking. Jeanne is native of Colorado and enjoys working with people, especially those with intellectual and developmental disabilities.

Director of Employment and Day Services 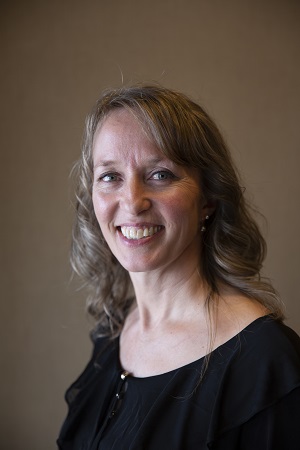